We can finally see the trailer from ‘Last night in Soho’, the new movie by Edgar wright that at the time we were sold as a cross between ‘Repulsion’ and ‘Threat in the shade’. Two great references that we will see to what extent they have marked their first feature film since the premiere of ‘Baby Driver’ four years ago.

‘Last Night in Soho’ tells the story of a young woman with a passion for design who manages to travel to the 1960s in London, where she meets her idol, an aspiring singer. However, it will not take long for things to turn out to be very different from what they appear …

The film is based on a script that Wright himself has written together with Krysty Wilson-Cairns, at the time nominated for an Oscar for her work in the essential ‘1917’. At the head of the cast we find Anya Taylor-Joy, Thomasin McKensie, Matt Smith, the already deceased Diana Rigg and Terence Stamp.

After several delays caused by the coronavirus pandemic, the premiere of ‘Last Night in Soho’ has finally been set for the next November 5th, the same day that we can also see ‘Eternals’, the long-awaited Marvel movie that presented its trailer yesterday. 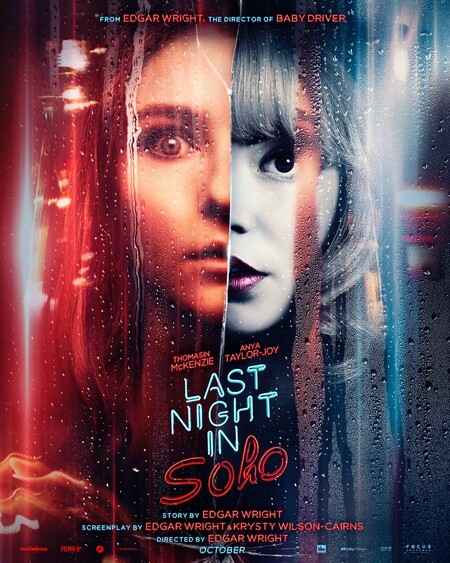