To no one’s surprise, Zack Snyder’s film is pitting every possible side on social media. The fans, the haters, the casuals, the indifferent and the professionals: no one is escaping from applauding or condemning ‘Army of the Dead’, to my surprise, a triumph that bury the last decade of hardship of a director wanting to party.

It’s not another stupid zombie movie

A highway that cuts through the Nevada desert at night, only illuminated by the military convoy that travels the highway during the hours when dangerous things are done. Some military escorts aware of being transporting unheard of and dangerous merchandise, playing guessing games. A nuclear bomb? The original constitution? SOMETHING from Area 51? Snyder may be telling us what actually happens as magicians do. What if this is not actually a zombie movie but an alien invasion? That beginning, for whatever reason, has the aroma of the film adaptation of ‘The Twilight Zone’, known in Spain as ‘On the limits of reality’.

But before all that we have already missed two important clues in the form of luminous rays of light that cross the military sky of the base from which those trucks have left. Wow, this is not about zombies and Snyder has sneaked it to us at 35 seconds of footage. Like spoiled children, we are hell-bent on breaking presents before playing with them. 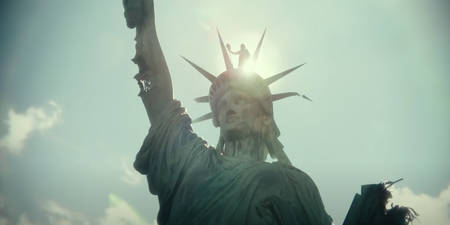 At first glance it may seem that a movie like ‘Army of the Dead’ is full of gaps or as many script holes as there are bullet holes, but it is the price you pay for being brave and keeping the odd trick up your sleeve. Also, the movie explains very well what its creator has in mind. That your most personal film is titled ARMY OF THE DEAD is an exercise in brutal honesty that we should respect and celebrate. 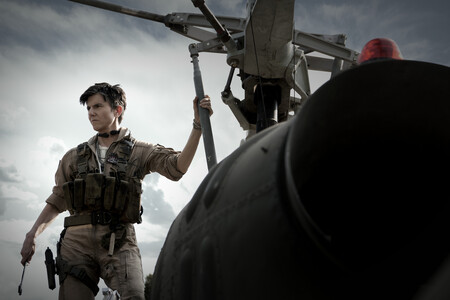 Personally, I appreciate that there is no origin to waste time on (did not the military of the truck give it?) And that Snyder takes advantage of the credits to summarize the hecatomb of Las Vegas by doing those summaries that he is so good at, something that clashes with the length of his feature films and that is the greatest paradox of the filmmaker. With how well he expresses himself in the short distance, I can’t quite understand his taste for endless marathons.

I do not know if Snyder is considered an essential part of the new zombie, he could be attributed something, why not, thanks to his excellent first film, although Danny Boyle was faster (hehe) but he dares to play with preset codes without regard: those dead hibernating, the pyramidal structure of the monstrous beings and, above all, with the damned animals, perhaps they are telling us about something that actually has little or nothing to do with the zombie mondo and is closer to much more festive ideas like ‘The night of the comet’ or ‘Terror knocks at your door’. Call me crazy. Not to mention those corpses identical to the team members and belonging to another reality? 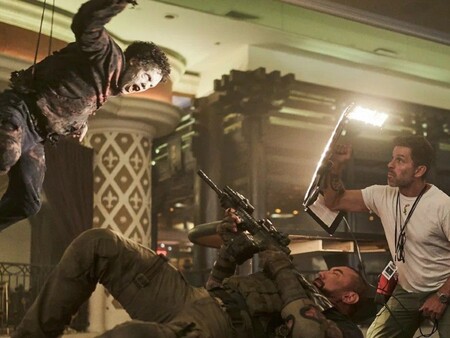 Snyder has the courage to reformulate much of the stagnant zombie theory to present a hybrid. His movie, like his creature, is too. And, look, if you are going to put a big cat in it, let it be for something like that. That must have also thought Mel Gibson at the time. Mel Gibson, Zack Snyder, the truth is that it seems that everything is clear here. Two peculiar characters, two monumental filmmakers. At times, especially in the prologue, the ‘John Rambo (Rambo IV)’ that Stallone gave us in 2008 also comes to mind, but with a gore that looks much less digital now.

It would also be nice to remember that leader, zombie? that seems to come out of another army: that of darkness. Because everything is pure 90s here. Starting with the production design and ending with photography, I don’t know if visionary but groundbreaking, the author’s own idea. ‘Army of the dead’ looks like those primitive DVDs that came to our first panoramic TVs through scart. What if the dead pixel becomes fashionable? Almost like a free adaptation of a ‘Doom’ unleashed on our planet, that spirit of the 90s makes the film even more special. 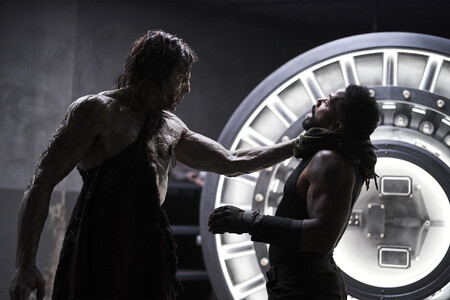 Being a mission of mercenaries infiltrated in a closed and devastated world, ‘Army of the dead’ can remember the Carpenter more focused on this type of missions, such as the two adventures of Serpent Plissken in New York and Los Angeles. This new mission in Las Vegas is more like the ‘Ghosts of Mars’, the last film (worthy) of one of the most important filmmakers in the history of the genre. His monstrous clan led by a medieval metal star mounted on horseback. The idea of ​​the (mini) nuclear bomb as the culmination of the national holiday seems like another idea out of his mind.

Returning to the human part of the proposal, Snyder recovers for the cause the French Nora Arnezeder, little given to this type of feast, while giving Dave Bautista another character with a melancholic background and a daughter played by Ella Purnell at the height of the circumstances. Within this multicultural cast, it is worth highlighting the presence of Matthias Schweighöfer, who already has the prequel as director and protagonist ‘Army of Thieves‘, the story of his life as a thief before Snyder’s movie. Tig Notaro is also seen hard to steal his share of the show when he sets his mind to it. 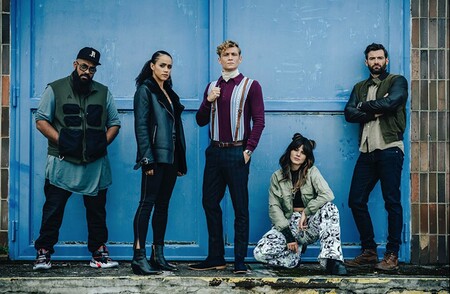 Between prequels, sequels, episodic projects and other future bets, ‘Army of the dead’ is a triumph. It is because it manages to work through Netflix, a platform that seems to specialize in bringing out the worst in the directors who are at its service. Snyder, like Michael Bay with the prodigious ‘6 in the shade’, manages to offer a personal film where the presence of the great N. is barely sensed. Zack Snyder achieves that good story with a film between father and daughter, who knows if inspired by her day-to-day life, perhaps offering a last painful emotional surrender to her personal loss.

The icing on this cake is given by Junkie XL’s excellent score, which in his new collaboration with the filmmaker offers his most restrained and synthetic work. The music of the film is where the heart of the film resides. A more intimate, melancholic work from another era disguised as extreme nonsense for everyone. And, be careful, that also seems worthy of a celebration. Zack Snyder has returned and he has done it in a world where it seemed impossible to achieve a worthy adaptation of ‘Dead Rising’. Well, have two cups, world. When the director offered his Justice League, what he really wanted was to adapt ‘Injustice’. Snyder is a freak, yes, but one of us freaks.