I have seen ‘Spiral: Saw’ hoping to reconcile with the saga, but I have found a rehash of ideas that were groundbreaking … in 2004

But my love for the franchise it spawned only lasted for two more installments; disconnecting completely after a ‘Saw III’ that no longer had anything to contribute to me, and that I was so bored with his way of rolling the gum and recycling items without a hint of innovation. The initial shock had faded into a sense of repetitiveness that I confirmed after furtive glances at titles like ‘Saw VI’ or ‘Jigsaw’.

But about a year ago, a small light of hope began to illuminate the horizon. A possibility of reconciliation with the saga in the form of a reboot in which Darren Lynn Bousman, director of the first three sequels, had the opportunity to leave behind the signs of exhaustion of the formula and bring a breath of fresh air with a few new ideas and a new cast. But, far from this, ‘Spiral: Saw’ has returned to give us another decaffeinated version of what we saw almost 20 years ago, but with the weight of time aggravating all its defects.

Back to the past 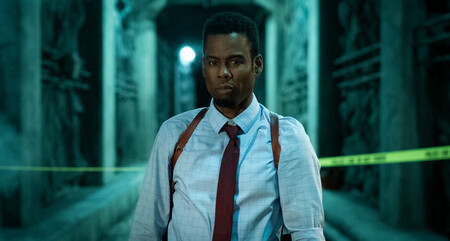 I may be delusional, but what I expect from a reboot, at least on paper, it is an approximation to the ideas of the original material after a facelift that is exhaustive enough to suggest something fairly new. Instead of this, Bousman has chosen to pull the manual “how to make a movie of ‘Saw’ in ten easy steps” to shape 90 minutes that have only reminded me why I lost interest a long time ago.

This begins with the formal treatment of the film. I will not deny that, in 2004, the use of speedramps sudden movements to accentuate camera movements and the realization of MTV video clips were the bomb; but I could not help but put my hands on my head to see how the director has returned to make use of the same resources in the middle of 2021, underlining the —anti — aesthetic hallmarks of the franchise from its routine opening sequence. 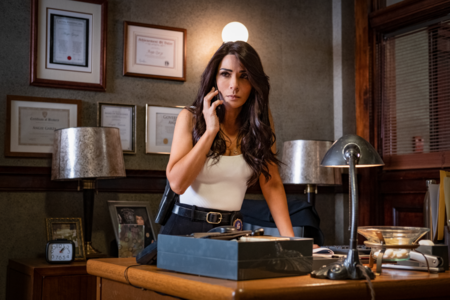 The same can be applied to a management of tension and suspense shielded under a shrill, chaotic and loud sound design, who is not afraid to use the worn letter of the jumpscare in a particularly tiring way, and that ends up becoming a mechanism of involuntary comedy “The bulking up every time a towel is put on someone’s face is really shocking.”

Look at me, I’m the antagonist! 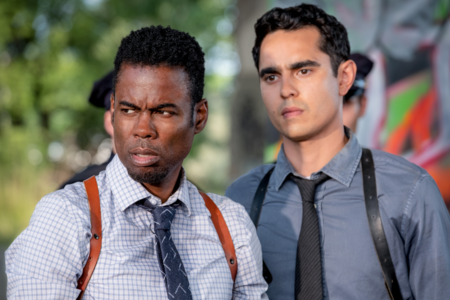 But, as they say, the habit does not make the monk, and beyond formal aspects, what really matters in any type of production is its narrative. Unfortunately, ‘Spiral’ has given me one of lime … and another of lime; beginning with a structure washed away voluntarily to play distraction in an obvious, tacky and ineffective way.

No matter how hard I try to divert attention, it’s not hard to figure out the final “big” twist — revealed in the typical montage sequence that tells you how unsympathetic you are — from the script before the first act of the film ends. In fact, it seems that the only thing missing was for the wardrobe department to put on the antagonist a reflective vest with a luminous sign on which the word “guilty” is read to make the revelation of the climax more obvious; which confirms again being before a work that has been looping for eons. 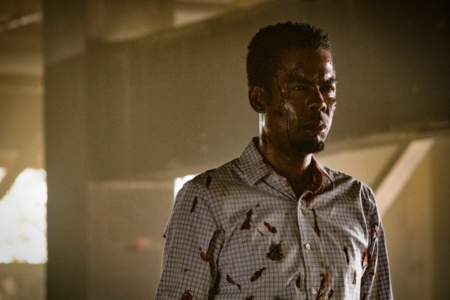 At this point, I only had to grasp the last burning nail that could bring me closer to the ‘Saw’ universe: a new protagonist at the height, charismatic, with whom to empathize and with whom to unravel the mysteries of history. Nor has there been any luck, because Chris Rock, in addition to articulating a really histrionic and unfriendly performance —Why does she constantly scream? – and peppered with what appear to be monologues by stand-up comedy Out of nowhere and out of tune, he does a disservice by channeling a discourse on police brutality that is as current and interesting as it is wasted.

Perhaps, for a staunch fan, ‘Spiral’ is a real delight with which to reconnect with the foundations of a saga that, in reality, had never left; But for someone like me, who was almost looking for a little miracle, it all comes down to a second-division thriller that glances at the ‘Saw’ brand like a great lifeline that it arouses sympathy, indulgence, and hopefully — and I mean it — makes it work like a box office shot.