At the time I was quite satisfied with the first season of ‘The Neighbor’. Not that it was any revolution in superhero stories, but this comic adaptation of Santiago García and Pepo Pérez it gave off freshness. In addition, it is true that it was a peculiar cocktail that could put certain viewers back, but deep down it was still a most accessible comedy of manners.

The question was how far they could continue down this path without ending up repetitive results. We will never know, because the second season that arrives on Netflix this Friday, May 21, is going to be the last of the series and in its first chapters I have not noticed any symptoms of exhaustion. In fact, I have found it as much fun or even more than its predecessor.

Who is the chosen one?

The cliffhanger cash The first season opened the door to the possibility that Lola could also be the one chosen to protect the Earth. The beginning of the second season places special emphasis on this, both because of the competition that arises between Javier and her and because of other details that complicate the situation much more when trying to find a balance on our planet.

Everything is lined with three signings that take very little to confirm as great successes. So much Fran perea, giving life to a fictionalized version of himself, as Javier Botet and Gracia Olayo They are made very early in the style of the series, knowing how to bring new energy to its more comical nature, but without neglecting the need to continue expanding this unique superhero universe. 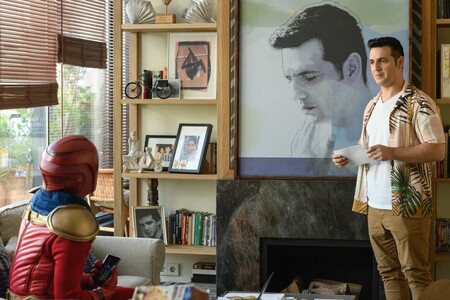 That does not mean that the series never loses on one side that traditional lightness with which it seduced its fans, but it does mean that there is more at stake than a bizarre rivalry. I suspect that the final stretch of the season will enter more fully into it, but certain details are already being dropped that make it clear that we are facing a more ambitious season than the first.

And the first one worked more as a presentation, introducing an unexpected superhero and letting the rest of the protagonists breathe so that the dynamics between them ended up becoming one of their great strengths. All this is maintained in the second, although here there is a tendency for the two boys to go one way and the two girls for the other, a bit like a war of the sexes when determining who should really be Titan.

Continuity without falling into repetition 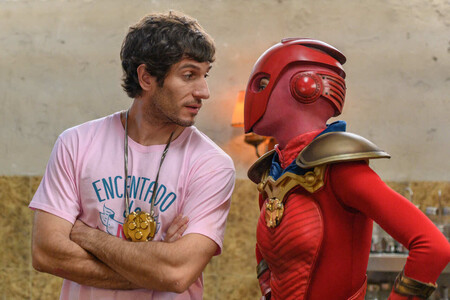 There is no lack of confusion or missteps on the part of all of them, to the point that one wonders how it is possible that any of them was destined to inherit those superpowers. In parallel to this there is a funny plot about Madrid’s desire to become an Olympic venueoh how Titan is involved.

Nor are they missing various surprises -which obviously I will not reveal here- to add more spice to the series, but always respecting the tone that characterized it in the first season, since those responsible know very well what worked and have not wanted to reinvent anything, simply expand it in a way consistent, even as the science fiction element gains presence.

To that we must add that both Quim Gutierrez What Clara Lake and above all, Adrián Pino and Catalina Sopelana they shine again in their characters. Something basic to enjoy the first season was the affection that you could take to its protagonists, which was quite a lot in my case. Much will have to change the issue in the remaining episodes so that I do not end up feeling sorry for the idea of ​​not seeing them in action again, and that, it is fair to admit, its spectacular side is not the strong point of the series, be it that something deliberate or not. 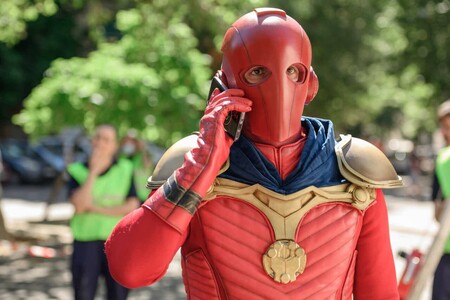 The second season of ‘The Neighbor’ serves to remind us that we are facing one of the most refreshing Spanish series on Netflix. It is true that he continues to go more to the nice occurrence and the anecdote on a small scale, but here his universe expands a little more without giving up his identity.