More than two years ago it started ‘Snake Eyes: The Origin’, a new attempt to take advantage of the GI Joe universe on the big screen with a film focused on what for many is his charismatic character. Now at last the time has come to take a look at its spectacular trailer.

The film will tell the origins of Snake Eyes, who here will feature the face of Henry Golding, seen before in tapes like ‘Crazy Rich Asians’ or ‘Last Christmas’. Recall that in the two previous GI Joe films he was played by Ray park, the same actor behind the unforgettable Darth Maul in “Star Wars: The Phantom Menace.”

Of course, in Spain it will attract much more attention that The Baroness is embodied here by Ursula Corberó, the unforgettable Tokyo from ‘La casa de papel’. The main cast of ‘Snake Eyes: The Origin’ is completed with the participation of Andrew Koji, Haruka Abe, Samara Weaving, Iko Uwais, and Peter Mensah.

The one in charge of bringing to fruition the script signed by Evan Spiliotopoulos, Anna Waterhouse and Joe Sharpnel is the German Robert Schwentke, responsible for titles such as ‘Flight Plan: Disappeared’ or ‘The Divergent Series: Insurgent’.

‘Snake Eyes: The Origin’ has suffered multiple delays in its release date as a result of the coronavirus pandemic, but it seems that it will finally hit theaters next July 23th. 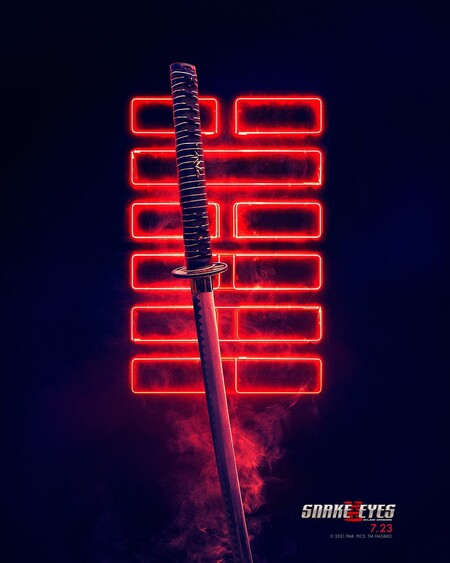