Although ‘Army of the Dead’ (Army of the Dead, 2021) brings the zombies to Las Vegas, in a proposal not so common in the cinema of the living dead, which is the raids to the robbery in applied war zone to terror. But although it is posed as a resurrection of the genre, it is difficult that we can see a new batch of films that know how to go further.

Not even Las Vegas is already a novel setting, actually, since it was one of the main apocalyptic locations of ‘Resident Evil: Extinction’ (2007), which, for more similar to this, also had zombies who learned and had skills specials. Other movies with hits, robberies or criminals and zombies have of ‘Beyond terror‘(1980), which was ahead of’ Open until dawn ‘(1996) in that same mix and the relatively recent’The horde‘(2009).

The places visited by the zombie cinema

When we ask ourselves if there is something left to see in zombie cinema, the question is raised to infinity, since it is very difficult to find ideas that the genre did not burn during the explosion at the beginning of the century, which seemed to remit in 2010 but only so that it was the Asians who would take up the baton. Interestingly, the recent ‘Peninsula’ (2020) has a very similar quarantine zone robbery starting point that is ahead of Snyder.

On ‘Peninsula‘, in addition, it is about giving a vision of the genre as a condiment to another. That is to say, the most similar that we can find at the level of action scenes is the ‘Fast & Furious’ franchise, the chases of the’ Mad Max ‘saga or the non-filmed script of George A. Romero’Road of the dead‘, which was about car racing with zombies at the wheel, a scenario that surely no one but him would have thought of.

However, racing like “crazy cars” (or rather like ‘The death race of the year 2000′) in a world with zombies (although not with them at the wheel) had already been seen in the series’ Curfew ‘, which unfortunately has not had continuity. But in vehicles and transport we have already seen zombies on the plane, boats, trains, tanks and even on top of Sharks, on the bizarre ‘Sky sharks‘(2020). 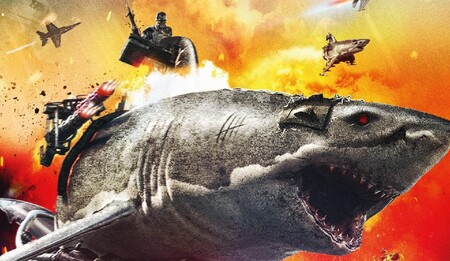 It is really impossible to think of a place that has not been colonized by the undead, because the amount of small productions made on video have been seen all over the world. It is difficult to think of a country where a zombie movie has not been made in these years. We have seen from the United States to Japan, through Africa and India (in the very redeemable duo ‘The dead‘), Paris, Palestine, Germany … countries may be missing, but what is really important is not so much geography as the ability to locate the situation in a singular location.

For example, who would make a movie about a soccer game in which players start to transform into zombies? Exists. The French ‘Goal of the Dead’ (2014) did it, and also it is not a typical trinket precisely and it has decent reviews. In the comedy format most of the assumptions have been made, it is to think about it and they appear. A hurricane or a tsunami? Well, there are films dedicated to both. 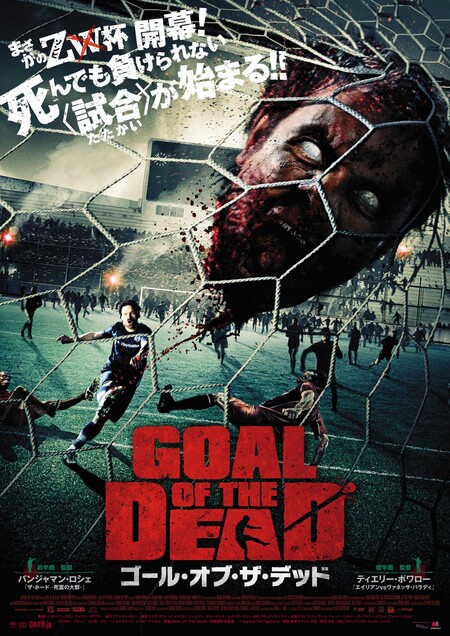 Part of the problem with big-budget zombie cinema is that small movies have burned a lot of concepts and it is difficult for one to launch into madness without implicitly seeming to fall into that shifting ground of making a Z series piece. , after ‘The Walking Dead’, budget zombie cinema has devoted itself to posing dramas, to implementing the serious and grave tone of the apocalypse understood in almost any proposal of the last decade.

The dilemma of genres and eras

For this reason, many of the ideas that arise in the genre can only be conceived through pure comedy, as a gimmick in each title, and this limits the genre to the title gag. This was very evident in zombie literature, which even had versions and remakes of classic literature in which zombies were applied. We have even seen a movie with that premise, ‘Pride + prejudice + zombies’ (2016), which was not very successful.

That is the problem with the joke, which when applied to reality has a difficult time being understood beyond that. And the aforementioned film did its job very well of raising the story and tone of an adaptation of Jane Austen, what happens is that surely many looking for zombies are unaware that, in reality, it knew how to imitate itself in an excellent way, without necessarily making a comedy cartoon . Maybe with a little more blood it would have been better, but it left an open road that is literally infinite. Any novel can be infected and reconverted. 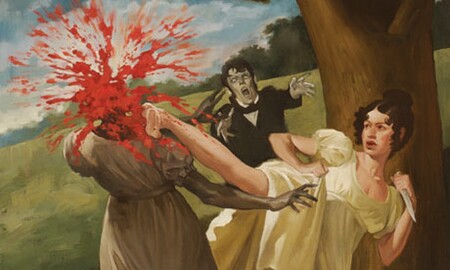 However, the most attractive idea offered by this metafiction expansion is to suggest that there really was an outbreak of infected in places like the American West. Taking away Romero’s tribute to the western in ‘Resistance of the dead‘(2009), which began to drain when, with its limitations, it is much better than’ Army of the dead ‘, there are many recent films that have tried to mix cowboys and zombies, What ‘Undead or Alive‘(2007), but most are very scruffy and cheap productions, it may be the great pending chapter of the subgenre. In Spain, Koldo Serra was about to mix zombie children with quinqui cinema and a half on the stage of the Almería westerns, but the project remained floating forever. 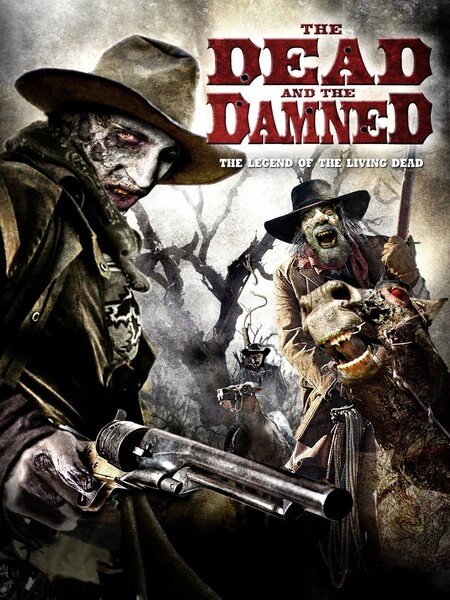 The idea of ​​connecting genres is the easiest way to get a starting point with possibilities. At the time of the exploitation Italians, they themselves were in charge of mixing cannibals and zombies in ‘Holocaust Zombie‘(1980), but really that idea has never been exploited in the 21st century with a good budget. Not so much mixing cannibals, but yeah discuss how an Amazon tribe or cities in Mayan times could deal with a zombie epidemic. Or the same idea applied to ancient civilizations like Egypt, Greece or the Romans in some campaign. 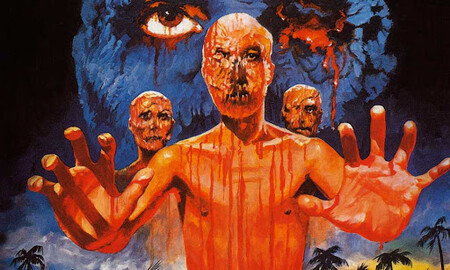 Yes there have been, again, movies like ‘Doom’ (2005), which among their monsters had zombies, or rather his zombies ended up turned into monsters, located in space, but there isn’t a good space zombie movie since ‘Terror in Space’ (Terrore nello spazio, 1965) that would be more of an ultra-body type zombie. So there is some good ground to conquer, as long as they are not video by-products like ‘Breach’ (2020).

If we have seen zombies in the Joseon era of Korea, it wouldn’t be a bad idea to come up with a historical variation on The Hundred Years War or Napoleonic invasions. And if we add a little magic to it, we can imagine a Sword and Witchcraft movie with more attention to zombies, which can be sensed in films like ‘Conquest’ (1983) by Lucio Fulci, whose more esoteric undead films offer ways that are very forgotten.

Marvel has it on hand in its own comic book collection, and we may see it as an episode of ‘What If’, but the superhero genre barely has a confrontation with zombie pandemics and it could be the definitive step for Zack Snyder to have mixed the two points n where it stood out the most. But put to mix genres, we are missing the great film noir and zombies (George Romero wanted to make one in his series of video minifilms), gangsters, or buddy movie. Why not some Steam punk with zombies, or science fiction in dystopian locations a la ‘Blade Runner’ that mixes well the cyborgs and robots with the undead. 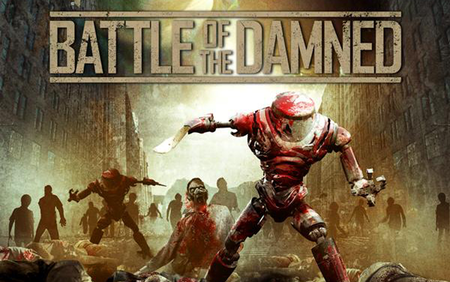 Surely we already saw it, in ‘The battle of the damned‘(Battle of the Damned, 2013) Dolph Lundgren faced both threats, but perhaps a fair budget version and an understanding of the Cyberpunk origin approach can still leave something new in the genre. Even coming out of the realm of space terror, a space opera like ‘Star Wars’ or ‘Guardians of the Galaxy’ could improve if in the turn mission they had to leave a planet with infected.

If the ‘Riddick’ trilogy tried it with monsters of all kinds, the undead also fit in adventures in space close to fantasy. Or imagine an approach like ‘Starship Troopers’ with zombies instead of giant bugs. The second part of that one tried, but on a very small scale, and something similar could be seen in the willful ‘Mutant Chronicles’ (2008), which lacks a push beyond the actors to look like a real movie . Actually there are not so many genres left to play, we even have musical, with ‘Anna & the Apocalypse ‘and’ Little Monsters’. Perhaps the only thing we still have to see is an ending.

George A. Romero, the alpha and omega of zombie fiction 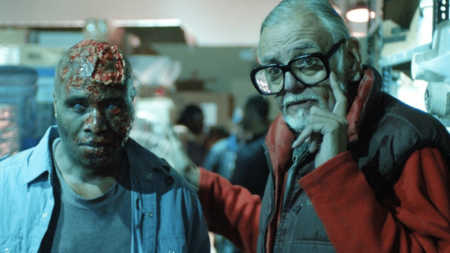 George A. Romero was the creator of the genre as we know it today, but in its timeline, in which he posed stories of different groups of people in different times and moments of an apocalypse that never met an end in the movies. Many times projects tangent to his universe such as ‘The Diary of the Dead’ (2007) are confused with the main saga, but the truth is that there is no final chapter, or so it was thought, after announcing that the director left a treatment of script for ‘Twilight of the Dead’, a kind of spiritual continuation of ‘The land of the living dead’ (2005) that would really close its saga.

The presence of that script, which is being worked on to start a production, agrees with the same role played by the ‘George A. Romero Foundation’ with the unfinished novel ‘The Living Dead’ (2020), completed by Daniel Krauss and that it would also have a proper end to the problem imagined by the creator that could have a great adaptation. Other fictions of the director’s literature such as the comic ‘Empire of the Dead’ mix zombies and vampires in his universe in a totally coherent way, and there was even talk of a television series, which could enter a terrain not so explored. 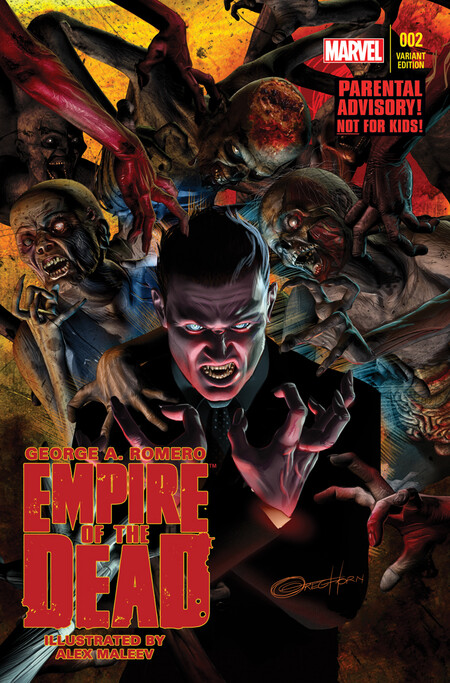 Similarly, the director wrote scripts for an adaptation of ‘resident Evil‘, his never-filmed version of’ The Day of the Dead ‘(of which up to three remakes have been made, ignoring its original script), which included a tone of adventure in the jungle and trained and numbered zombies and even the comic quite epic ‘Toe Tags’, whose antagonist zombie anticipates what we see in ‘Army of the Dead’. 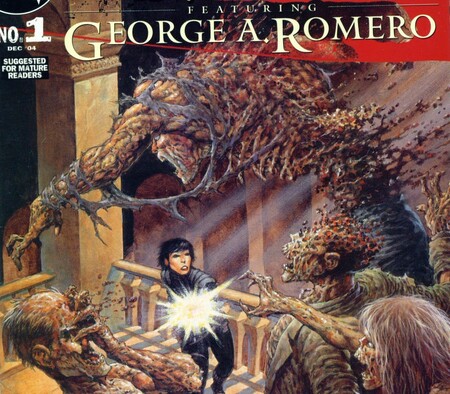 Romero’s planned ending has no director yet, but it will surely be treated as a minor project, at best an independent endeavor that prevents an epic vision commensurate with his large-scale gaze, while we see horrible “reinventions” like Snyder’s or decadence. from ‘The Walking Dead’, but if there is a project to end the genre, this is it. Do we need new places, situations and places in zombie cinema? not, what is needed is to let him sleep for a while, forget about it and allow the world to change enough to resurrect again, as always, but with another incarnation, or at least another perspective.