The premiere of ‘Daniel is not real’ made many of us curious to see what the next work of Adam Egypt Mortimer. The film in question was only his second work behind the scenes, but in it he already gave reason enough to trust that he could give us great things in the future. After all, with ‘Daniel is not real’ he scored one of the best horror films of recent years.

Finally he opted for ‘Archenemy’, a superhero story connected to his previous feature film to the point that he has already let it fall that there will be a crossover in the future to complete what he himself has defined as the Vortex trilogy. It remains to be seen what comes out of there, but now what matters to us is that his third film He has very stimulating ideas but without finishing to find the necessary spark to play in the same league as his previous feature film.

With a recognizable style

The first thing that catches the attention of ‘Archenemy’ is that the aesthetic approach makes it clear to us who is behind the cameras, from the way of presenting that decadent city in which the action takes place to the use of colors in those animation scenes that were probably used to avoid budget limitations when addressing the origins of its protagonist.

However, they also serve to play for a time with the doubt about whether he really is a superhero from another world trapped on Earth or a poor devil who has made everything up. And it is that, as in ‘Daniel is not real’, very ambitious concepts are used but limited to very specific spaces. Mortimer seems more interested in the microcosm and how those much broader ideas affect a very small group of characters, thus seeking an intensity with which to capture the public and define the inevitable future of its protagonists.

And it is that in ‘Archenemy’ that air of doom of his previous work also flies overhead, something that Mortimer reinforces through a successful sound and musical setting, perhaps the point at which both films contain greater similarities. All this applied to a story of the origins of a superhero, a starting point in principle destined to more unfathomable scenarios and situations that put the character played with great solvency to the test. Joe Manganiello. 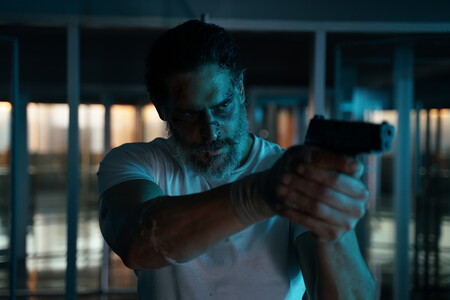 In fact, Mortimer here prefers to focus more on the downturn that his protagonist suffers at all levels due to having to face a situation that is beyond his control when he is precisely used to the opposite. That leads Mortimer to focus more on situations that feel perhaps a bit mundane related to the psychology of the characters. rather than thoroughly exploring the juicy concept of multiverses.

That is why I understand those spectators who feel some frustration with the path chosen by Mortimer, especially because when it comes time to put all the cards on the table in their final stretch, since until then one can feel that they have been dizzy a bit the partridge, but always linked to the lack of absolute certainty about what is happening. What does not convince me is the way to raise the resolution, seeking to achieve that intensity to which I alluded before but without finishing knowing how to satisfactorily specify the message it seeks to convey. 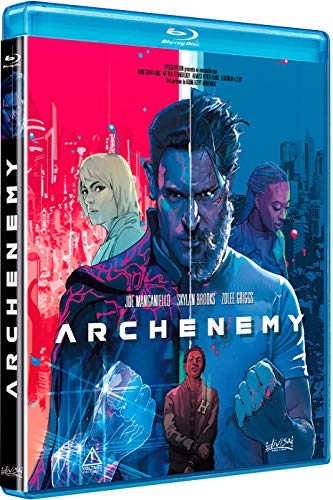 That leads to one side having an ideal technical and visual packaging to highlight what ‘Archenemy’ seems to be looking for, but a drag from the script when it comes to specifying something that sounds much better as an idea than what we end up seeing on the screen. Rather than being a grand climax, it’s an ending that even a dedicated Manganiello, also the film’s producer, can’t make it flow naturally. And there it does not matter how you “disguise” it if it feels a bit forced. In fact, it works better for what could be made from what it proposes than for what it actually shows. 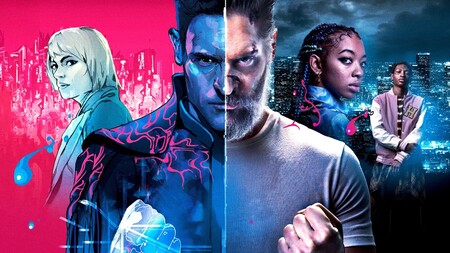 ‘Archenemy’ stays in a strange middle ground between a refreshing take on superhero stories and a missed opportunity to do something really great within that type of cinema. Formally it fits very well with Mortimer’s previous work, but there is the feeling that he has not finished cooking the ideas as well as in his predecessor. Despite everything, it is worth taking a look, and now you have it easier, because this Monday, April 12, its premiere will take place on Movistar +.