‘The Nevers’ will always be a series associated with the name of Joss Whedon. At the time it was expected that it would be his triumphant return to television after the setback suffered with ‘Justice League’, but he ended up abandoning ship when he had only completed the work in the middle of the first season and now HBO is doing its best to disassociate ‘The Nevers’ from Whedon.

It is not difficult to understand the reason, since he has received harsh accusations by interpreters such as Ray Fisher or Charisma Carpenter, thus going from a reputed figure to a plague of Hollywood. Therefore, it does not seem unlikely that we will see a new work of his in a long time with the exception of ‘The Nevers’, where his presence is so noticeable that talking about a series very marked by the Whedon seal it is the most reasonable.

Introducing the universe of the series

And it is that in addition to creator and executive producer, Whedon also has been so busy writing the pilot and directing the first two episodes, a good way to ensure that you can shape the series to your liking in which you have probably enjoyed the greatest freedom and means to capture your vision. Perhaps for this reason, ‘The Nevers’ delights in the presentation of characters and the time instead of placing special emphasis on the plot.

Apparently, it won’t be until the sixth episode –the last one Whedon was involved in before announcing his departure from the series – when ‘The Nevers’ really puts all the cards on the table, so I do not blame those who end up somewhat desperate for wanting to have a clear idea of ​​what the series is looking for beyond the possibility of seeing her as a variant of the X-Men. 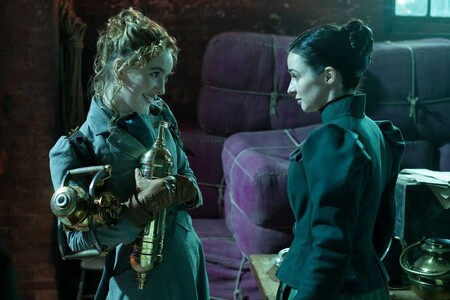 That has not been a problem for me in the first two episodes, in which an incredible number of characters are introduced, to the point of being the question whether Whedon really knows what to do with all of them. However, what is really important is that they are an essential part for ‘The Nevers’ to develop quickly that special charm that only some series by its author had, somewhere between the serious and the light, and that some of us missed.

And the thing is that Whedon is interested in this start is to establish a very difficult tone to achieve and that depends a lot on both the comic timing and the need to make it clear that there really is something at stake. Therefore, know the pulse of a society that mistrusts the Touched -a kind of Victorian superheroines-, a group of women who acquired powers after a mysterious event in which for now it is not deepened, it is essential, but also what can lead to things becoming more complicated than is strictly necessary.

The spark of ‘The Nevers’ 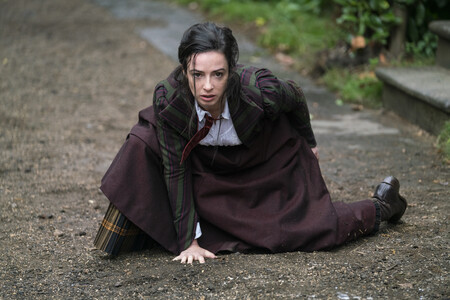 For my part, I have to confess that I would be unable to mention all the characters with several lines of dialogue during the first two episodes, but it is also clear to me that I will remember them if the series decides at some point to really do something with them. And is that dialogues always sparkle, even when it comes to small talk that apparently has no function other than meeting its protagonists.

This is something that also applies to its visual finish, which takes advantage of the careful setting work to surprise the viewer from time to time with an idea that, in general, partially connects ‘The Nevers’ with the steampunk, especially through one of the Tocadas and its inventions. There Whedon knows how to take advantage of placing the series in the last years of the Victorian era, already perceiving a need for change in society, with some clinging tightly to the past and others wishing for a real change to take place. 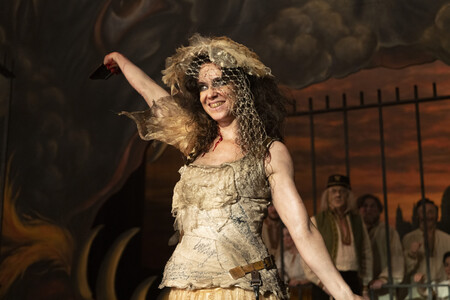 However, above all that assumes that ‘The Nevers’ is a series consistent with Whedon’s style, what really ended up seducing me about her was Laura donnelly like Amalia True, the director of the orphanage that shelters many Tocadas – there it should be noted that there may also be men, but they are much less common and the hatred of a certain sector of society is oriented towards them.

Come on, it could perfectly have been little more than a transcript of Charles Xavier, but, fortunately, the series takes another approach something more surly and disenchanted to her character that the actress embroiders. Even if the rest had failed, which is not the case – although sometimes it gets a little more tangled than necessary – only because of this great success I would have wanted to continue watching ‘The Nevers’. 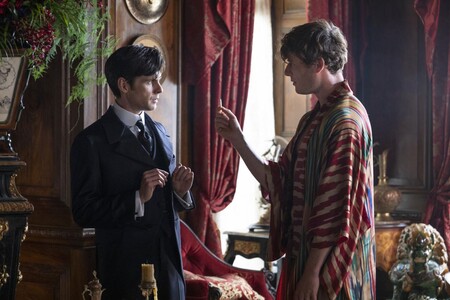 ‘The Nevers’ may have too many characters for what it really counts in its first episodes, but it also has a special charm, sparkling dialogues and a striking universe of its own in which the character played by Donnelly stands out with its own light. Now there is only have confidence first that you finish guiding the course and then in that the series knows to continue evolving without the participation of Whedon.