Among the countless number of heated discussions that can be had on topics related to the seventh art, perhaps one of the most enduring is the one that tries to find out which one is. the main function of a feature film facing the respectable. As far as I’m concerned, this question has a clear, concise, no-label answer: the great objective of cinema is none other than to excite.

There are certain unfounded prejudices, rooted in the mind on the part of society by infused science, that invite draw imaginary barriers between fiction and documentary. Ultimately, the only thing that differentiates both types of productions – not genres – is only the use of reality as a basis for telling stories; being its main link the simple and straightforward emotion.

After having fallen in love with his 85 wonderful minutes of footage, and after having cried his eyes out with his atypical friendship relationship between an octopod and a human being, I can affirm without fear of being wrong that ‘What the octopus taught me ‘ it is a documentary destined to break any prejudice against non-fiction centered on the world of nature; all based on tenderness, charm and an almost perfect narrative worthy of Oscar. 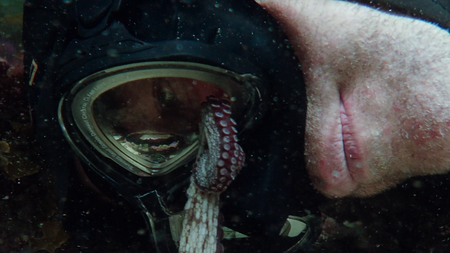 In the same way that filmmaker Craig Foster found some kind of salvation from his existential frustrations in a place as unusual as a South African kelp forest, ‘What the octopus taught me’ has given me, without expecting it at all, one of the warmest, closest and most moving experiences that the small and the big screen have offered me in a long, long time.

It is difficult to describe the immense amount of sensations that this debut of Pippa Ehrlich and James Reed —Which has already explored the underwater world in the beautiful medium-length film ‘Jago: A Life Underwater’—, and strapping it into a specific genre. And is that his tender story of love between two worlds, a priori, incompatible, it skilfully runs between its strictly informative aspect and an emotional vision that squeezes every last drop of the archetypes of this type of argument. 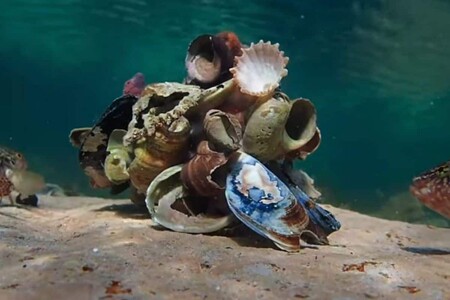 If both sides of the documentary manage to flow in parallel in such an organic way, it is thanks to an exceptional narrative. ‘What the octopus taught me’ locks up behind the apparent simplicity of its plot a magnificent exercise in writing and, above all, editing, with an enviable sense of urgency and conflict, and with a dramatic progression that intersperses calm – sometimes almost poetic – passages with sequences in which tension and suspense warms the heart thanks to the strong bond we establish with Foster and the adorable creature co-star.

At the same dazzling level they look formal aspects presided over by the work of cinematographer Roger Horrocks, responsible for the miniseries ‘Planeta Azul II’; whose underwater shots take us by the hand through the depths of South Africa as he introduces us to its peculiar inhabitants and manages to turn the simple contact between a tentacle and a human hand into something magical. If to this we add a soundtrack by Kevin Smuts that enhances, but does not emphasize, and a soft, affected and without artifice voice-over, the packaging could not be more suitable.

It is understandable that, having left me curled up on the couch with red and puffy eyes after having touched my heart without shortcuts, I have nothing but good words for ‘What the octopus taught me’. Although his libretto may be obvious in some of its inflection points, and despite the fact that its structure is clearly calculated to the millimeter in the editing room, this little gem has almost everything to captivate even the most skeptical viewer.

But, above all, its greatest achievement may ultimately end up being its condition of convincing proof that there is no distinction between fiction and documentary. At heart, there is only cinema, and in this case, it is extraordinary.

Mass Effect beats Resident Evil in UK sales with Spider-Man PS5 on the rise: this is the top 10

The release of American Horror Story season 10 scheduled for soon?