Feroz Awards 2021: ‘The girls’ and ‘Anti-riot’ are just winners but ‘Venom’ deserved something more

The Feroz 2021 awards, the awards from the film press have raised the film ‘Las chicas’ and the series ‘Antidisturbios’, recognizing interpretive work of ’30 Coins ‘and’ Patria ‘, but leaving as great loser of the night to’ Veneno ‘, one of the international phenomena of the year. Something that should not be perceived as something especially unfair in a year with television competition at a level never seen before in the country.

Arisen as a kind of prelude to the Goya, in the style of the Golden Globes, the Feroz are awarded by the Association of Cinematographic Informants of Spain (AICE), which brings together more than 220 journalists and critics dedicated to reporting on audiovisual creation on television, radio, press and the Internet, to reward the best creators of the year. This year the ceremony demanded a soulless forum at Madrid’s Coliseum Theater on Gran Vía.

The event had to adapt to the new reality created by the coronavirus pandemic, with very little public and a quarter of the capacity between nominees and a handful of guests. The ceremony was presented by the actress Pilar castro, and distributed the prizes among the Spanish productions that came as favorites. ‘Rosa’s wedding’, by Icíar Bollaín, what had nine nominations in the categories related to the seventh art it managed to win the best comedy film.

Bollaín had to give way to ‘The girls’, by Pilar Palomero, who became the great winner of the night by collecting the three great prizes for Best Dramatic Film, Direction and Screenplay. They did not dare to also reward the prodigy of Andrea Fandos to recognize Patricia López Arnáiz for ‘Ane’, to give merits to others who have taken the risk and the courage to premiere, something that in a year in which the cinema has suffered the blockade more than any other form of entertainment, is appreciable

In cinema, ‘The Year of Discovery’ was also recognized as the best documentary. Mario Casas for ‘You will not kill’, probably the only remarkable thing about the film, although the real role with which the actor has been talked about was that of ‘The Practitioner’. Juan Diego Botto was recognized by ‘The Europeans’, burning many of the prize options of ‘La Boda de Rosa’.

Television: The Kingdom of Sorogoyen 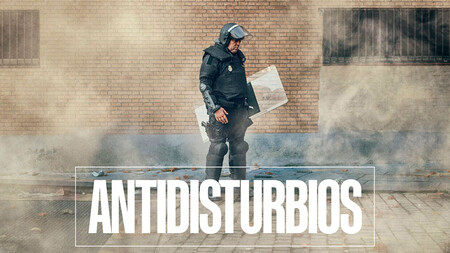 It does not take many turns to get to the point that it seems that some are still not going to want to assimilate, but the emotion, the duel and the really important event of the night was in the episode format. The best productions, the big budgets, the most sumptuous production designs and the great characters of the Spanish audiovisual are already on television, and the great duel seemed to be reduced to ‘Homeland’ and ‘Anti-riot’.

‘Homeland‘, the HBO series based on the novel by Fernando Aramburu He was in for seven awards but the thriller ‘Anti-riot’ became the most awarded series of the night, winning Best Drama Series, Best Supporting Actor to Patrick Criado and Best Leading Actor to Hovik Keuchkerian, in an exaequo with Eduard Fernández for his Vergara in ’30 Monedas’ which somewhat detracts from the only triumph of the most successful national and international Spanish series of the year, but here we also have our gender issues.

That ex aequo could have been placed better in the category of supporting actress where she was not even recognized ‘Poison‘the discovery he has made to the world with the fantastic Paca la Piranha, the force that moves the Javis series, which although it had the same chances as the rest in a golden year for Spanish cathodic fiction, could have at least had that recognition along with Loreto Mauleón, and his emotional role in ‘ Patria ‘, which had already been justly awarded in the category of leading actress to Elena Irureta.

Mario Casas for ‘You will not kill’