I am a strong advocate that the best version of Superman that we can see right now in film and television found in the scenes from ‘Supergirl’. The Arrowverse series showed in four “guasáps” sent to his cousin more essence of the last son of Krypton than Zack Snyder’s half-dozen hours of Superman. Therefore, I expected almost more the premiere of ‘Superman & Lois’, who has arrived to HBO Spain, that the new version of ‘Justice League’.

And, the truth is, the premiere of this series has not disappointed at all. Co-created by the architect of the Arrowverso Greg Berlanti and by a regular of ‘The Flash’ as ​​it is Todd Helbing, this new fiction introduces us to the family of Clark Kent and Lois Lane, the most famous couple in superhero comics, who are the parents of two teenage children.

Tyler Hoechling and Elizabeth Tulloch, whom we have already seen in ‘Supergirl’ are once again put in the shoes of Superman and Lois Lane, with Jordan Elsass as Jonathan, athlete and good-hearted, and Alex garfin like Jordan, who suffers from social anxiety disorder, completing the Kent family nucleus. Guys who know nothing about the secret identity of their father, although, as you can imagine, they will lack little.

A peculiar moment of the Arrowverse

We are in a peculiar moment for the Arrowverse. The general interest in his series has long since waned (there still is, but not at the level of his early years), which is noticeable by seeing the impact of the “new generation” (‘Batwoman’, for example) compared to the old guard (‘Arrow’ and ‘The Flash’). In that situation of renew or die, ‘Superman & Lois’ is born strong enough to get excited again with this DC universe.

The pilot episode is solid and vindicates the spirit of the heroes who are by vocation. What makes us fall in love with Superman is encapsulated in a few minutes. The opening sequence, for example, is a real delight thought perhaps more for fans – because of how it reinvents iconic moments of the character like that cover of Action Comics 1 – than for the most lay people.

But, beyond the adventures of Superman, the series is clear that what they are interested in is seeing the superhero and the intrepid journalist as parents. Parents who can stand the gaze of Darkseid but Jordan’s disdain is great. This is both the Superman from the comics and the one from ‘Smallville’ and this is where the series has the most problems.

It’s not the writers’ fault but it’s one of those “hard” borders of the genre. In eighty years of DC comics and somewhat less than Marvel, the scriptwriters have come across a wall trying to manage the stage in life that is having a wife / husband and / or children. There are certain eternal Peter Pan syndrome That makes them stay in their twenties or early thirties because of how unattractive the prospect of stability in something everlasting is. 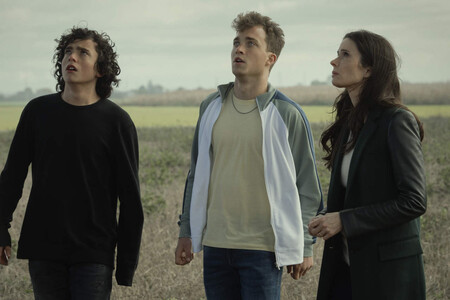 In addition, we are on CW whose main audience (in addition to fans of the arrowverse) are young people. It is the attempt to navigate between these two worlds – Superman hero, Clark Kent Sr. – where the most misalignments occur. Especially when Teen actors fall short of the always gorgeous Hoechling and Tulloch, whose chemistry is powerful.

They are mismatches, but not catastrophes. Unlike. ‘Superman & Lois’ is a refreshing and powerful new entry in the Universe started by ‘Arrow’, which gives the promise of new life to a world that has lived worse hours. This is perhaps the biggest obstacle, because the series touches those common points of all these series, getting it right normally.

At least the set invites you to continue looking to see if you can find the balance point correctly. At the moment they have another fourteen episodes to evolve and see if they manage to go in a correct direction already marked from the first minute.

Oscar 2021: ‘Da 5 Bloods’ should win the award for the best soundtrack of the year

‘How I met your mother’: why the spin-off with Greta Gerwig and Meg Ryan did not get to be made

Oscar 2021: ‘Da 5 Bloods’ should win the award for the best soundtrack of the year

‘How I met your mother’: why the spin-off with Greta Gerwig and Meg Ryan did not get to be made

‘Warren File: Forced by the devil’: terrifying trailer of the third installment of the saga with Patrick Wilson and Vera Farmiga

‘The Lord of the Rings’: Movistar + will launch a channel dedicated to Tolkien and the Peter Jackson trilogy returns to theaters in 4K to celebrate its 20th anniversary

So goes the investment fund in Lego

John Waters turns 75 today and he’s not slowing down