‘Allen V. Farrow’: a questionable HBO documentary that adds fuel to the fire in the old accusations against the director

Decades of disputes, dirty laundry, cheap shots, accusations, suspicions, trials and debates come to a new episode in ‘Allen V. Farrow’, HBO’s new (mini) documentary series in which one cannot help but shake off the same suspicion that one had when watching the documentary on the (alleged) abuse of Michael Jackson, ‘Leaving Neverland’.

Madrid and Barça. Celtics and Lakers. Farrow and Allen. Paul Di’Anno and Bruce Dickinson. There are always two ways of doing things, two teams, two hobbies. It is not necessary to radicalize, although this sad story of heartbreak and betrayals provoke in us, mere mortals, a great desire to shout to the sky and tear our clothes while we quickly position ourselves at one of the two extremes.

Between 1980 and 1992, Woody Allen and Mia Farrow formed one of the coolest couples with the most children in Hollywood. Cultured, fine, elegant, with charisma and contacts, they were kings of the tabloids and theaters with their collaborations or their relationship problems. Over the years, their two personalities, completely opposite for life together, would end distancing themselves dramatically. A real shame for two artists who worked together on 13 films, some of them true classics. 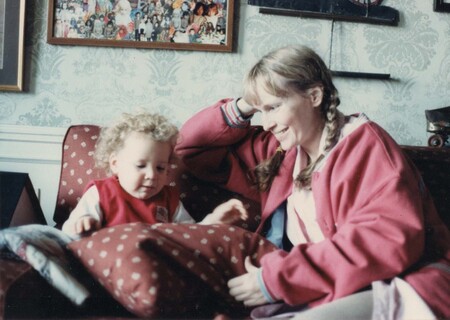 From the outside it seems that it has to be automatic. Sitting in our armchair and with a cup of hot chocolate we feel compelled to enjoy watching how celebrities throw their heads at each other. But it is one thing to see it on Saturday night in a Poli Deluxe and quite another to do it in a chain as prestigious as HBO. I have nothing against tabloid reports as long as they are fully aware of what they are.

Once entered into the matter, the first and most striking of ‘Allen V. Farrow’ is how manipulative its title. This is not a war of you to you, of equal to equal. It’s not even the war of Soon-Yi Previn’s husband and Frank Sinatra’s ex-wife. The headline is as misleading as the content of the documentary. Allen is not, does not want to be. Not interested. He has already said everything he had to say in his biography and we have the same right to believe it as what Mia Farrow tells here. This is Farrows vs. Allen, and not the other way around.

Supported by a series of testimonies from Farrow’s friends and by the memories of Dylan Farrow, a five-year-old girl who now manages to attract the attention of the spotlight, the story tells how her stepfather’s behaviors, suspicious and not at all “normal” between an adult and a child in their care (although the children in charge of one and the other would give for a sitcom), they ended in the unexpected act of marrying one of the adoptive daughters of their partner. A mess of which everything has already been written and even issued several court decisions. But it’s never enough when it comes to the director of ‘Annie Hall’ and the star of ‘The Devil’s Seed’. 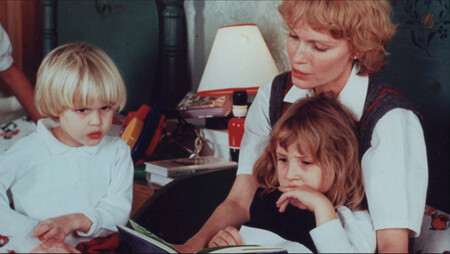 The Kirby Dick and Amy Ziering documentary does not seem interested in playing fair or on equal terms. Allen, as he has commented in the last hours, barely had a couple of days to decide whether or not to appear in the final assembly when the chain and the Farrows were wearing years working together. The only statements of the filmmaker come from fragments of the audiobook of ‘On the subject of nothing’, a work as painful as this but much more alive, effective and entertaining. Nor is there the testimony of Moses Farrow, who wrote an essay in 2018 in favor of his father and who contradicted the versions of his mother and his sister Dylan.

‘Allen V. Farrow’ forgets some such important facts as that two of Farrow’s adopted children committed suicide, as well as the conviction of his brother for child abuse. John Charles Viller-Farrow spent 7 years at the Jessup Correctional Institution in Maryland, but you won’t see any of that here either. At the moment a spokesperson for Woody Allen and Soon-Yi Previn has made a statement criticizing the allegations of sexual abuse made against the filmmaker in the documentary series of which you can already see the first episode.

“They use us like guinea pigs.” Victoria Abril, Feroz de Honor 2021, gives a denial speech and AICE stands out with a statement

‘Elite’: Netflix confirms fifth season before the premiere of the fourth and presents two new students from Las Encinas

PS5 State of Play recap with news, videos and announcements of new games from the PlayStation event

Black Desert is free on Steam: add this MMO to your library and keep it forever