‘Scarlet Witch and Vision’ 1×08: the Disney + series reveals one of its great unknowns in the first episode with post-credit scene

As a good mystery box, there is no episode of ‘Scarlet Witch and Vision’ that happens that do not offer along with your disclosures more and more questions. The Marvel series on Disney + has issued ‘Breaking the fourth wall’, its seventh installment, in which we finally see two things that the fans of the series have been craving from the beginning.

One of them is that there is a post-credit scene. After verifying that that Marvel house brand was not in the first episode, we skipped unceremoniously through the incredibly long —emulating the movies, of course — credit sequence. But beware, in this episode seven there are. It is no coincidence, since the series it emulates (‘Modern Family’ and ‘The Office’, for example) usually have an episode post-closure.

By the way, from here, spoilers

But we are not going to get into this post-credits scene yet, because we are going to start talking about the episode as well and how it changes, as expected, much of what we knew so far about what Westview was happening.

Written by Cameron Squires and directed by Matt Sakman, ‘Breaking the fourth wall’, leads us to the “hangover” suffered by Wanda (Elizabeth Olsen) after the Halloween party and the expansion of the hex. As Claire Dunphy from ‘Modern Family’ speaks to the camera as her environment begins to experience failures, with objects changing period.

While Vision (Paul Bettany) meets a circus Darcy (Kat Dennings) absorbed by the environment. They both try to get to Wanda’s house but it seems that they have everything against to get there. For her part, Monica (Teyonah Parris) tries to re-enter Westview, which seems to definitely turn her into Photon. Or, at least, it seems to be able to see in certain spectra. 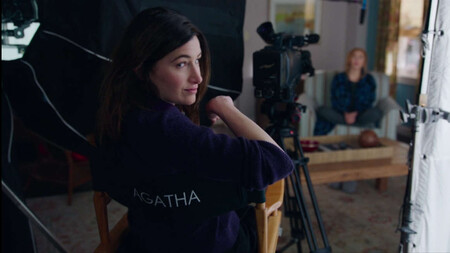 I don’t think there was anyone in the world who did not know (or at least did not intuit) that the character played by the always wonderful Kathryn Hahn was not really called Agnes. So the big reveal of this seventh episode It is not so much that it was Agatha Harkness but her role in the plot of the series. It was the shadow villain who was playing with the mind and powers of the Scarlet Witch.

So the theory seems to fall that everything was being Mephisto’s work or some other supernatural entity, a question that I personally would not rule out. Now there are the answers to how and, above all, why.

Created by Stan Lee and Jack Kirby for the pages of ‘Fantastic Four’, Agatha She’s one of the original Salem witches alive and well three hundred years later to serve as a kind of magical (and gloomy) kangaroo for little Franklin Richards, whose powers were beginning to manifest. After mentoring the “fourth and a half” of the group, she became the mentor of Wanda Maximoff. As we already told you, the story from here on is somewhat “difficult”.

With her long relationship with both the dark powers and the avenger, his presence in the series was clear, although personally I have been surprised that it is in this apparent condition. Especially because they have played, perhaps too much, to mislead the character (there are specific scenes somewhat strange in this sense). So I don’t know to what extent it is credible that everything was his doing.

What happens in the post-credit scene 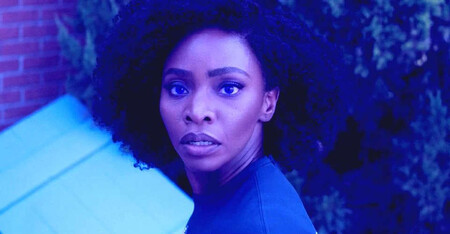 And if you cut, as a server, the right episode after that “Agatha All Along”, turn Disney + back to see the short post-credit scene. This reveals the whereabouts of Pietro (Evan Peters), who surprises Monica snooping around Agatha’s house and, apparently, under her control. Interesting because as the children remember, they hadn’t seen Uncle P all day.

A scene that is not especially revealing but that hints at how the patio will be in the next episode: Is the first superhero fight of the series coming?Will Vision come home? We have a week to find out.

A new start for Jackson and April, our verdict of the new episode of season 17 of Grey’s Anatomy

Guardians of the Galaxy Vol 3: The final film in the franchise?

First trailer of V Rising, a survival game to enjoy with friends set in a world of vampires (PC)

Baldur’s Gate Dark Alliance is back on PS4, Xbox and Switch