20 years of ‘Hannibal’: how the sequel to ‘The Silence of the Lambs’ by Ridley Scott stands the test of time after a series and two prequels

When ‘Hannibal’ (2001) appeared in the cinema, ten years had passed since the premiere of ‘The Silence of the Lambs’ (Silence of the Lambs, 1991) and, at that moment, the return of the cannibal psychiatrist to the big screen was a an event that many did not expect to see, as if Jonathan Demme’s film were at that time a classic from another time. Now 20 have passed! years of the sequel that changed the style of the saga, taking it to a different terrain.

The two decades that have passed have not left the same impression on it, which although it cannot be considered a classic like the first, is far from the controversy it had at the time for departing from the typical forensic procedural structure that had characterized the duo Thomas Harris’ teacher, consisting of ‘The Red Dragon’ – whose second adaptation would follow this one – and ‘The Silence of the Lambs’. Now, however, he has charged a new cult life, since his vision of the monster as an antihero has permeated the following pieces of the franchise.

Yes, and there is more of the ‘Hannibal‘cinematic in the’ Hannibal ‘of television that he fell in love with and terrorized in the 90s with just a few minutes on screen. From the beginning, the project was tricky since it had to start from a delusional novel that seemed to be written by a Thomas Harris scattering all the ideas that fans would want to see of his great creation and taking them to a field away from the most canonical policeman and proposing a story of heroine, villains and even more villains typical of the comics.

Ridley scott It came from a creative / commercial resurrection started by the ‘Gladiator’ phenomenon (2000) and would crush with the tremendous ‘Black Hawk Down’ (Black Hawk Down, 2001) just a few months later. His adaptation of Thomas Harris is probably the least spectacular of that stage, but his vocation for great production should not be overlooked, with an elegant, robust direction and not at all timid with the gore, something that with an investment of almost 90 million dollars (137 of now) would become almost impossible today.

Scott does not hesitate and shows a narrative pulse with some of the staging ideas that he will develop during the 2000s, both in the good – an elegance consistent in its treatment of exteriors or handling of the action -, and in the bad – a somewhat stiff close-up frame closure, details of that casual montage that characterizes him -, but that leaves evidence of his tables in sequences such as the initial, wild and overwhelming shooting. 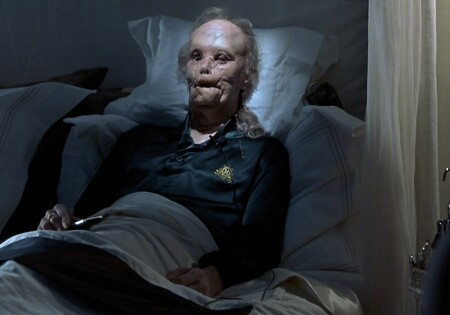 In general, there is an aesthetic conception that continues to function and could pass through a current film if it were not for specific scenes such as the abuse of the resource of blurring and slow motion in flashbacks, which while at the beginning of the century did not grind, now they devalue a finish very competent. Scott plays with advantage thanks to part of the setting of the story in Florence, which he uses as a large setting in which the monster has created his own kingdom during the first part of the film.

Between the criminal bulletin and the villain comic

As if it were a Eurocrime soap opera, Hannibal moves through the city of rebirth like a Fantomas through Paris, in a game of cat and mouse with more of Krimi than Argento, something that would take advantage of the first half of season 3 of the series to reinterpret Dr. Lecter’s stay in Italy in the manner of the most sensory giallos. So, both fictions are different and can be enjoyed with their own aroma, making Scott’s film continue to work very well. 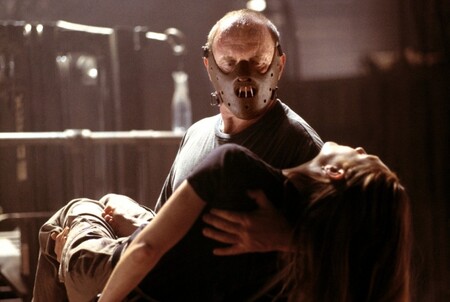 Although where he does take advantage of Fuller’s vision is in his conception of Manson Verger’s revenge, with a terrifying Gary Oldman, characterized in a wild and amazing way, following the logic of the deformed baddies of the Batman or Spider-Man cartoons. Aristocrats who have suffered an accident and look for the hero to strike back. This is where the cannibal becomes the antihero who goes from being scary to being a predator in black humor to whom we want to see justice applied, evidenced in that picture of Anthony Hopkins with his mask carrying the girl in his arms to save her.

This is taken to the extreme in the final script change about the novel, which is here a great act of love on the part of Lecter, with mutilation involved, while the text turned the romanticism between the two into a cloudy conclusion for the saga. What David Mamet’s script did maintain is the beastly scene of grilled brains, with a Ray Liotta lobotomized in life and eating his own brain, something that also marks many of the sadistic adventures of the Mad Mikkelsen version.

Anthony Hopkins creates an equally fearsome but strangely endearing Lecter, even when he invites human flesh to a child, while Julianne Moore does what she can to fill the irreplaceable absence of Jodie Foster, although she manages to save the furniture thanks to the spotlight. siembra brightens the protagonist, the refined cannibal. Perhaps the arrival of ‘Clarice’ will give what many really wanted in a sequel to ‘The Silence of the Lambs’ and the attention that the FBI agent deserves after so much fiction centered on the doctor, but’Hannibal ‘is a funny, bloody film full of scathing humor to which the famous series owes more than is usually wanted to recognize.

Save more than 20% on your annual or monthly Disney + subscription before February 23.

‘Run the World’: Starzplay Debuts Remarkable And Spirited Comedy With The Scent Of ‘Sex And The City’

‘The boarding school: The summits’, everything we know about season 2 of the Amazon series

‘Two Duros on Wheels’, a cult classic that 30 years later is still as fresh as the first day

When the first terminator movie came out was it considered surprising that the plot was that humanity had won the war against the machines?

After 29 years of study , I finally have a bachelor’s degree. You are never too old (47). Semper Fi