‘The Lord of the Rings’: the synopsis of the Amazon series warns that we will have the “greatest villain that has come out of Tolkien’s pen”

It seemed that the news about the series of ‘The Lord of the Rings’ that Amazon is preparing had been stagnant – logical considering the global situation. The megasuperproduction is still mired in secrecy in terms of details but little by little we are getting more information than we will find. On this occasion it has come out, via The One Ring, the official synopsis of the series.

A description of the series that only confirms the clues and what we already came to know about the trickle of news as its setting in the Second Age and the places where the action will take place including, yes, the island of Númenor. Thus, placing ourselves thousands of years before both ‘The Lord of the Rings’ and ‘The Hobbit’ we will find the following:

“This drama (…) will take viewers into an era in which great powers were forged, kingdoms rose in glory and fell into ruin, unlikely heroes were tested, hope hung from the finest of threads and The greatest villain to come from Tolkien’s pen threatens to bring the entire world into darkness. Beginning in a time of relative peace, the series follows a large cast of characters, both familiar and new, as they confront the Middle-earth’s long-feared revival of evil. From the dark depths of the Misty Mountains, to the majestic forests of the elven capital of Lindon, to the spectacular island of the kingdom of Númenor to the far reaches of the map, these kingdoms and characters will forge legacies. that they will live long after they leave. “

Although it is still a somewhat vague synopsis in that it does not specify anything, it does seem to confirm that the series of ‘The Lord of the Rings’ will narrate the revival of Sauron in this Second Age. However we don’t know how that track fits in with the previously announced villain, Oren, played by Joseph Mawle.

From Númenor to the Misty Mountains 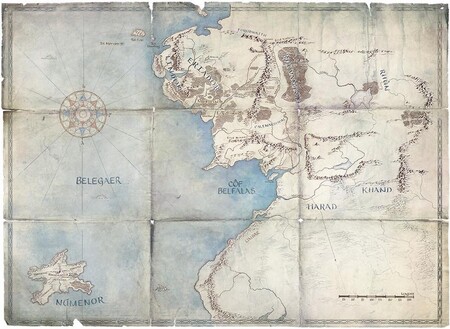 Based on what we know of that time, It looks like we will find the chronicle of the rise of the evil, the forge of the rings, the Island of Númenor and its corruption and fall of it. Here my hope is that the roadmap of JD Payne and Patrick McKay, those responsible for the series, have as a final goal to narrate the final war with Sauron with the Last Alliance. Something feasible considering that the original plans are to do five seasons.

‘The Lord of the Rings’: the synopsis of the Amazon series warns that we will have the “greatest villain that has come out of Tolkien’s pen”

Has Remy definitely left Tomorrow belongs to us?

‘In the pits’: Netflix presents the trailer and release date of the new Kevin James comedy

‘The wellness cure’: Gore Verbinski goes goth in one of the best horror movies of the past decade