‘Tesla’: Ethan Hawke shines in a daring but irregular film about the mythical inventor

Most biographical films make the same mistakes. From wanting to cover too much without having time for it to subordinate everything to the personal display of its leading actor. Then some come out better or worse, but do not blame those who already feel a certain laziness when facing a proposal of these characteristics.

On paper, ‘Tesla’ might seem like one of them, but the new collaboration of Ethan hawke with the filmmaker Michael Almereyda Maybe it starts like this, but it gets more daring as the minutes go by, reaching a point where it makes it clear to the viewer that he is going to do whatever he wants. The problem is that it oscillates between the fascinating and the unsuccessful without ever becoming consistent in a film that arrives today at Movistar +.

The war of the currents already gave rise to a film a few years ago starring Benedict Cumberbatch and Michael Shannon, but there the protagonism did not fall on Tesla, so it is interesting that the film starts by emphasizing its rivalry with Edison, played for the occasion by an inspired Kyle MacLachlan.

The first surprise comes with the way they have to address their differences, being then when Almereyda makes it clear that ‘Tesla’ interests him more as a form of inquire into the personality of its protagonist through what could have been or how his life would have been affected if he had made this or that decision at a certain point in his life.

This is something that for its first hour maintains a narrative to some degree plausible as long as one’s knowledge of what actually happened is not very deep. This decision allows ‘Tesla’ pervert the outlines of biographical films, being honest with the viewer from the moment we are openly told that this probably did not happen like that.

It doesn’t take off at all 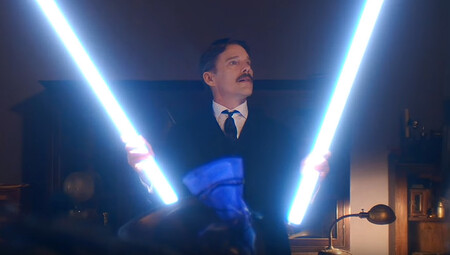 Those licenses are growing gradually, depending on the viewer’s attention to realize that this is not for a traditional biopic, but a very free approach to the life and personality of the ambitious inventor. After all, if he dreamed of great things without being able to achieve many of them, what better way to pay tribute than by doing the same with his own life.

There the problem is that Almereyda’s own script alternates great ideas with somewhat routine solutions. It is as if it did not finish deciding to take off completely and when it does, it is not always right either. Luckily, a dedicated Hawke helps to ensure that these gaps never become annoying, and neither should forget the solid contributions of the rest of the cast. 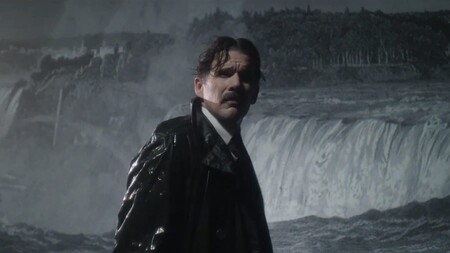 However, the essential here is that Tesla’s life is taken so that Almereyda reflect on different issues associated with your figure, but maintaining at all times a certain halo of melancholy, something that underlines through certain formal decisions that may take some viewers out of what happens on screen.

Perhaps the key is that what Almereyda’s ability to imagine does not measure up to what one might expect from the genius of Tesla. It is like if those licenses were too earthly for what Tesla gave of himselfHence, even in his most inspired moments, he gives the feeling that he could go a little further. And considering that Almereyda is looking for a more transcendental than human biopic, that weighs against him. 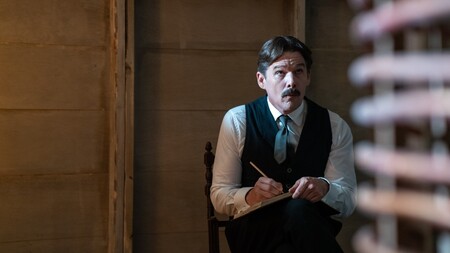 ‘Tesla’ is an interesting proposition as a concept and is supported by a remarkable interpretation of Hawke, who knows how to channel the emotions that Almereyda seeks very well. What he lacks is to fly a little freer and push his ambition to the limit, since he has stimulating ideas, but also others that are too mundane considering the chosen approach.

A time jump planned in the first episode of Sex Education season 3?

‘The Bridgertons’ sweeps: Netflix affirms that the series is on its way to 63 million viewings