‘Two Weeks to Live’: Maisie Williams leaves the woods in search of revenge with a great HBO comedy

There are times when having incarnated a mythical character for years has its consequences, in the sense that it’s hard to miss Walter White when we see Bryan Cranston in the recent ‘Your Honor’. With ‘Two Weeks To Live’, the comedy starring Maisie Williams that HBO Spain premieres today, something similar happens.

And is that Kim has a lot to do with Arya from ‘Game of Thrones’: both are young, they have been trained to survive and be lethal, they have a list and a thirst for revenge for the murder of their father, who dies before their eyes.

But this is not so much a comic reverse of the fantasy series, but rather that ‘Two Weeks to Live’ has more to do with ‘Hanna’ and ‘Killing Eve’ than anything else. At least it shares common elements, exaggerated though with a good dose of black comedy and clumsiness of the misfit protagonist.

15 years apart from the world, 15 days to take revenge

Written by Gaby Hull and directed by Al Campbell, this miniseries of six episodes co-produced between Sky and HBO Max, tells the story of the exit to the “real world” of Kim, a young girl who has lived in the forest with her mother (Sian Clifford), who has instructed her in various survival techniques.

A joke about the arrival of the end of the world makes our protagonist, thinking that she only has two weeks to complete her list, decides to go after the man who murdered her father. A vendetta somewhat clumsy and unplanned involving Nicky and Jay (Mawaan Rizwan and Taheen Modak), whom the girl meets in a pub in southern England.

‘Two Weeks To Live’ is one of those small good surprises that we always find at the end of the year (by programming, this time, from HBO Spain) and that serves as an ideal entertainment for these rare days of the year, in those moments of rest between food and meal, reunion and reunion.

And it is thanks to the fact that the script works very well the balance between comedy and the most serious part and of story of revenge that gets complicated and the mysteries that surround Kim’s life and what her mother has kept quiet about. Questions that are raised in these six episodes but that do not end up interesting the viewer. 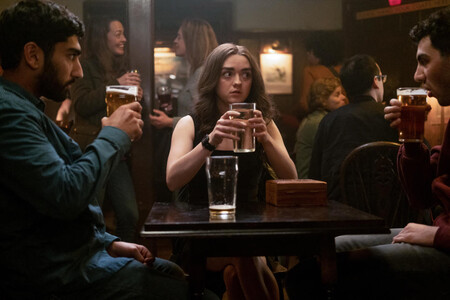 And I say this in a good way because the adventures of the protagonists they are quite entertaining to watch and the brevity of each episode makes the series cannon fodder for the marathon. For that the cast helps a lot, no longer Maisie Williams but also Sian Clifford (‘Fleabag’) is phenomenal and the exchanges between mother and daughter are particularly sharp. They are the necessary oil so that the series does not squeak.

It is true that it gives the feeling that, if you take away all the comic tone from ‘Two Weeks To Live’, the series could limp a lot especially when it comes to exploiting the premise. However, Gaby Hull’s script it doesn’t give us too much rest for reflection with a light series that is neither complicated nor desired. Everything in it works like a shot giving little less than two great hours.

Why are northern born bastards called Snow in Game of Thrones?