‘The Mandalorian’: schnitzel with potatoes to solve hatred in the ‘Star Wars’ fandom

‘The Mandalorian’ has ended with high commotion, general consensus and widespread applause, on the one hand from fans of the ‘Star Wars’ saga, fans of television and adventure films and on the other those from Disney + managers themselves , what have much to celebrate after the critical and public consensus that their second season has been spectacular and memorable, with very little to reproach except, of course, the very nature of the product.

And is that ‘The Mandalorian ‘tastes like balm, patch and correction with mea culpa of the house of the mouse, for having missed the shot in the first attempt. Now it seems as if the turbulent 5 years from 2015 to 2020 have been a testing ground, a period of drafts under the guise of what it really was: a sincere offer of what was expected of ‘Star wars‘ in the XXI century. But the exquisite palate of the fans of the saga did not accept the entire menu, or at least all the dishes did not satisfy everyone.

If the new trilogy seemed like a reaction against the digital stiffness of the prequels of the creator of the shed, in which there were even masterpieces such as buying the ideas from old George to put them in a locked drawer, what a unique ring so that nobody could get to touch them, ended up being a bile dump for all kinds of fans: the nostalgia cops, the incel forum rats, the disenchanted fan-dads, the monocle moviegoers and the technical inspectors of the cancellation ministry, with their check boxes of correct morality.

If you don’t like it, I’ll bring you an escalope

The result is that, out of five films, few agree to save a specific one and the general conclusion is that it seems that the three new ones are even worse than the prequels. It turns out that at Disney, who promised them happy, they came face to face with the reality of social networks, the boycott, the brawl and the spitting on the vanity of those new deliveries that did not measure up. The consequence was to abort the spin-off mission and “take time” to go to the thinking corner. 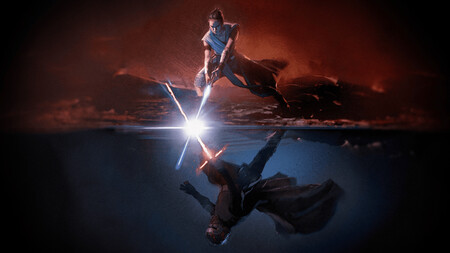 But the truth is that the answer has followed the same logic as in its Christmas premieres, only betting millions on its platform on Disney +. The result is the second season of ‘The Mandalorian‘, where any element of risk has been reduced to a minimum, injecting millions into technology and non-stop action scenes. Delimiting the emotional elements and characters to archetypes and schemes, reducing the straw to the last twig and leaving only the grain. He back to the basics supposes an infallible simplification of concept.

If the child does not like the waygu meat ragout with accompaniment and rare spices, we can always fry him an escalope with potatoes. Because there is no one who does not like a little meat that is well mashed so that it is tender, wrapped in crunchy topping warmed in rich fat full of energy. Is there anything wrong with it? Absolutely nothing, but it is a dish without much risk, a safe bet whose greatest success is that it always appeals and that, in the worst case, it doesn’t bother.

“This is the Way”

This translates into ‘The Mandalorian‘in approximately 120 million for eight episodes – there are sources that raise the figure to 20-25 million – in which some of them are 35 minutes long, that is, there is more money in an hour of the ‘Star Wars’ series than in the two-something ‘Mank’ (2020). And every dollar appears on the screen, of course. Normally an episode consists of a short introduction that takes us to a first action scene that introduces the exposition character, that is, a secondary one that will explain his problem.

In each place in the galaxy we will have one of these with which a plan for the mission will be squared, which you will end up with one or two glorious action sequences that fill most of the episode. There is a small general plot that already here reduces the games of betrayals, gray characters and dubious allies of the first season to chain the mission to meet different characters already known by the most complete fans, who basically limit themselves to instructing Mando to take the child to the next point to bring him closer to his final destination. 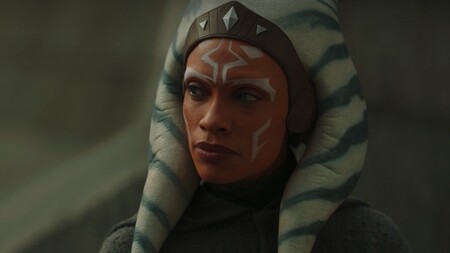 A green skinned macguffin that is the perfect excuse to develop a gymkhana of galactic adventures, merciless massacres of Imperial soldiers and great chases in a ship with dizzying and flawless cinematic quality. All seasoned with the maximum “this is the way”, Addressed directly to rejoicing fans, who repeat in their networks the haiku nodding in communion “So yeah, damn it!“, again noting the connotations of classic western and references to Kurosawa.

The Fallacy of Serials

In this euphoria it is also noted that the secret of success is in search of what made the first ‘Star Wars’ work, that invocation to old-fashioned fun of “the old serials” to which George Lucas paid homage on behalf of the pulp, with a cynical dislike for all those soap opera elements congenital to the genre, but that one does not want to remember. Because the original trilogy had kilos of mysticism, tears, love affair and family soap opera.

But how to replicate that experience in the cinema has aroused angry reactions – “They have killed Han Solo, Luke Skywalker cannot throw his saber, Luke Skywalker cannot redeem himself and take his saber again, too bad that Rey and Ben Solo kiss” etc…- the allergy to everything related to the force, dynasties and characters has concluded in the success of the non-iconoclastic limitation, the regurgitation of the moments that do work, tied scene to scene through an invisible common thread.

If Episode IV was an update on the serials Lucas was watching, ‘The Mandalorian‘it seems a tribute to those who saw Jon favreau and Dave filioni, NBC television programs such as ‘The Fantastic Car’ (Knight Rider, 1982-1986) or ‘The A Team’ (1983-1987), even ABC’s such as ‘MacGiver’ (1985-1992), in those in which the heroes were changing locations to help the disadvantaged or save towns from tyrants, soldiers, smugglers and other criminals. The Disney + series is not only similar in structure, but shares a similar aseptic youthful tone, adapted for all palates but with budget raunchy jets to get another external impression.

Welcome to the new republic

There is a lot of comic book spirit, a lot of series B with budgets of eight series A and a reverence to the classics of the cinema, which More than mini-movies of ‘Star Wars’ they seem like episodes of ‘Firefly’, but with better special effects and characters without charisma. It’s funny how the series tries to apply a weighty character to Cara Dune (Gina Carano) or Greef Karga (Carl Weathers), which end up serving only as logistical support for Command and excuses to connect the network of characters. Sometimes there are moments when it seems that the spirit of ‘Xena, the warrior princess’ invades the series.

But the truth is that in the end, the second season is also an exhibitor. The presentation of people who come and pass by has that courtesy sampling point, the first contact for, whether you like it or not, have a reference of what you are going to see in what is coming. Series like ‘Ahsoka’, ‘The Book of Boba Fett’, ‘and’Rangers of the New Republic‘, they will be spin offs within the spin off that will make up a microuniverse with its crossovers like DC’s’ Arrowverse’. Welcome to the new republic of Disney +.

The idea of ​​increasing the payroll to up to 12 series gives vertigo knowing that the supposed magisterial formula of the new ‘Star Wars’ is the atomization of its elements. If ‘The Mandalorian’ advocates the pirate adventure aspect, another will occupy the more mystical side, etc, etc. There is no going back, after all, the idea of ​​’Star Wars’ as an event, as a magical premiere in theaters had no longer having that intergenerational balm effect, now to become lentils, if you want to take them, if you don’t leave them.

The Joker’s wild card: the return of fan service

‘The Mandalorian‘seems to be playing his own game, but the truth is that even its sweeping second season has wiped out the house brand of the new Disney digital necromancy. The last episode of season 2 has a cameo by Mark Hamill, the Joker from the Batman animated series, playing the real joker here, reprising his role as Luke Skywalker in the final moments, in an action packed appearance built up in 2 minutes which seems to say “This is everything you wanted to see in ‘The Last Jedi’ and they raked you, Ehhh? Ehhh?”. More schnitzel?

The elegant elegy, almost ascetic, Rian Johnson’s best movie moment is resolved here with a step-by-step reissue of the shameless Darth Vader moment from orthopedic ‘Rogue One’, crowned again with a digital wax doll. It is not fan service, it is, again, fan fiction that slaps you in the face and makes you come down from the cloud, with that crumb of false emotion from Baby Yoda’s farewell, a moment with a certain sentimental authenticity, until you realize what it is an almost shot-by-shot reissue of the end of ‘Gremlins’ (1984). Heck, even Grogu looks like a Mogwai in an Egyptian cat version.

And it is that no matter how much one tries to deny the evidence, the presence of Ahsoka Tano, Bo-Katan Kryze, Thrawn, or Boba Fett, respond to a nostalgia identical to that of movie premieres, with the aggravation that they are minor characters , some only important for the very coffee growers. Sometimes it is even forgotten that Grogu is nothing more than a Yoda boy doll, even the second episode is based on a discard of ‘The empire strikes back’, an empire that continues with its destroyers, with fighters, with its stormtroopers and its sabers.

But what ‘The Mandalorian ‘ try to justify your belonging to the universe ‘Star wars‘is not a major problem. Its great merit, apart from functioning as a precise and full of spectacle entertainment, is to be able to surf the wave of toxicity associated with the film premieres of the saga. Maybe because of its short format, because you see it at home, with your ass sitting on the couch, it doesn’t matter much and we better swallow whatever they throw at us. Maybe because We have got used to the schnitzel with potatoes, so simple, and so attractive that it works even precooked and in the pan, not even going through the cumbersome ritual of moving to the restaurant and asking a waiter for it.

Loki: The Disney + series already renewed for a season 2?

Discover the promo video for episode 2 of season 4 of The Resident!